The first component to check if your E-Glide suddenly quits working is the control cable. The Conquest Optima Quad control cable we utilize is a very high quality cable, but if abused, a problem can develop. It has been our observation that the majority of problems we have seen have been incurred after a customer allows another person to ride their powerboard, and the cable is excessively yanked or pulled. The cable end has a MIDI/DIN connector, which locks into the gun bottom, but allows for quick disconnect should pressure be applied. If you fall or jump off of the powerboard, the gun will disconnect from the cable, and the board will stop. Severe pulling on the cable over time can result in a connection break on the end of the cable where it plugs into the gun. The cables are made with stress relief to minimize this problem, but it can happen.

1. The cable wires can be tested easily and quickly with a continuity detector.

2. Lay the powerboard on a work platform upside down, and remove the four allen bolts that hold the electronics in place. 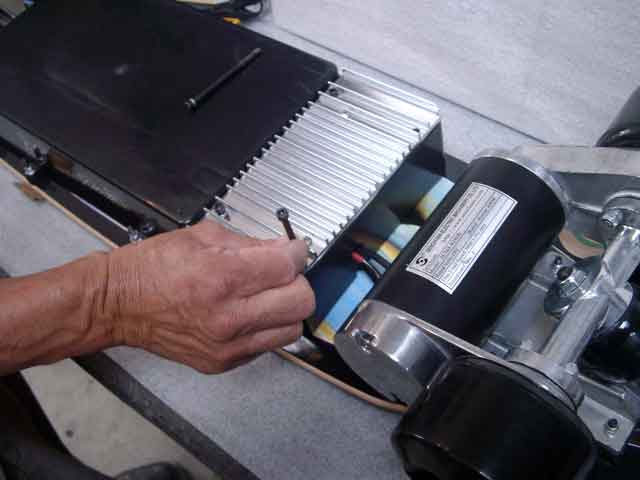 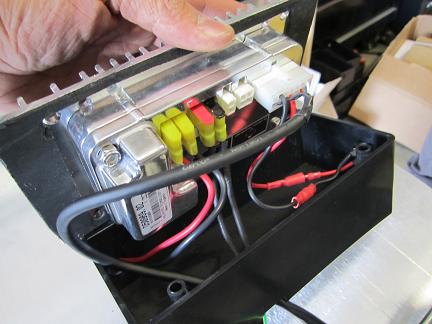 4. First, check each wire in the cable to see if their connected. Unplug the cable from the pc board. Then looking at the plug that connects to your gun, you will see 5 pins. Using the continuity detector test each pin from each end of the cable, from the gun end to the white plug at the other end. 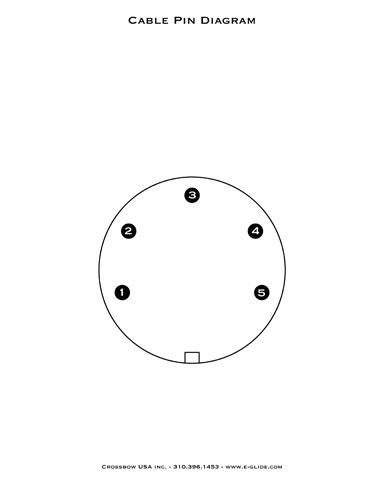 5. Each pin has a wire which runs to the white plug at the p.c. board end of the cable. 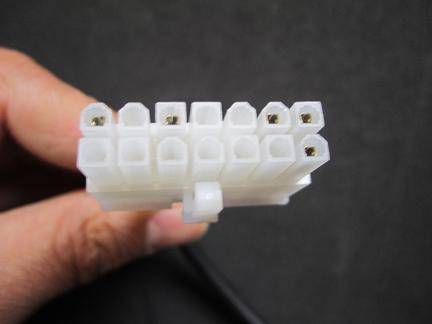 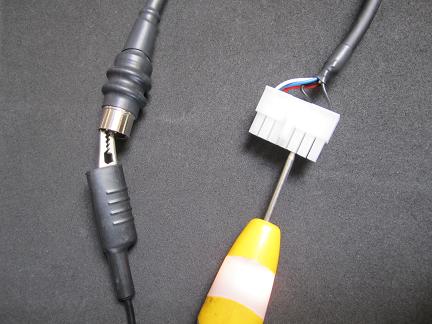 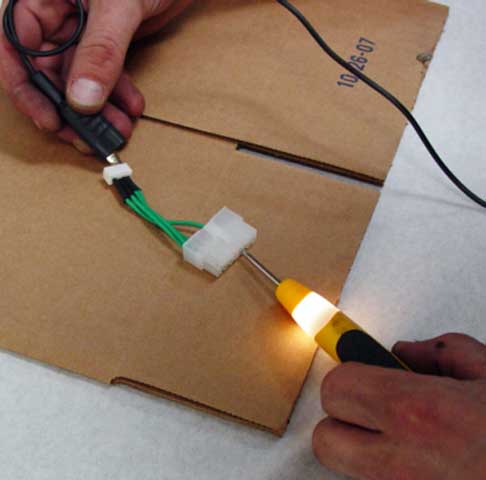 This completes the cable check.